Anhydrite Screeds (aka Hemihydrate, Alpha-hemihydrate and Gyvlon screeds) are becoming more popular because of their ease of installation and lower costs. They are a gypsum based screed (you could almost say it’s a harder type of plaster for the floor) and are very common for areas where new water-fed underfloor heating systems are installed. To put one of these down, the screed is poured until the whole area is filled, then left to set. Very little work is required to ensure its level as it almost pours as well as water which is why it makes it such an easy and quick choice for most people.

But, it doesn’t make tiling easy at all. When the screed dries, it forms a shiny crust, called laitance. This has got to be mechanically removed before any preparation is done. It has a tendency to come loose from the screed so as you can understand, sticking tiles or matting to a loose surface will cause a lot of problems. The preparation is critical. Gypsum and cement based adhesives don’t mix because of a chemical reaction that is caused when wet Portland cement in the adhesive, comes into contact with the Gypsum. Ettringite crystals start to form which means the adhesive is unable to bond with the surface. A gypsum based adhesive such as Anhyfix is essential for fixing anything to a gypsum screed. (The traditional method of 2 coats of acrylic primer followed by cement based adhesive, can still be used but runs the possible risk of failure over time).

Below is the basic step-by-step method for installing tiles on to this type of screed:

• Leave to dry fully after install. 1 day per mm for the first 40mm and 2 days per mm thereafter.
• After sufficient time has been left, double check the moisture content with a Digital Hygrometer. The RH (relative humidity) needs to be 75% or less. If its over 75%, more time will be required.
• Sand the floor to remove the laitance either with a floor sander or scabbler
• Vacuum the floor to remove any loose bits of dust

If water fed underfloor heating is present heating is not switched on before the tiles are installed, the floor will expand, contract, crack and the tiles will follow suit. Therefore, it will need commissioning at this point. That means:
• switching it on at the minimal temperature and raising it 5oC per day until it reaches its peak.
• Maintain this heat for a further 3 days.
• Bring the heat back down again at the same rate of 5oC per day until it reaches it minimal.

This may cause the Anhydrite Screeds to expand and contract which might then cause cracks. If this happens it will be strongly recommended to lay a decoupling membrane such as Ditra matting. But if the surface remains intact, the tiling can commence. The Ditra Matting can be laid with a thin bed of Tilemaster Anhyfix (applied to the floor with a 4mm notched trowel) after it has been primed (same as the tiling instructions below), but the tiles on top can be laid on top with a flexible cement based adhesive such as Kwik Flex or Stand Flex.

• Prime the floor with a diluted solution of an SBR Primer such as BAL Bond SBR, dilute 1 part primer to 3 parts water.
• Tile with any flexible Gypsum based adhesive (Tilemaster Anhyfix).
• Once the tiling has been completed, the heating must not be switched on for at least 7 days.

Ditra matting is also recommended if any natural stone is used (limestone, slate, travertine etc.) whether heating is present or not.

There you have it – a guide to using Anhydrite Screeds when tiling! For more technical and tiling information, visit our Help Centre! It’s the Wikipedia of tile based knowledge, where you’ll find the answers to all your tiling queries. 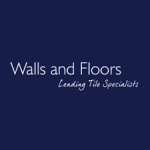 How To Match New Tiles to Existing Tiles

How to Remove Old Tiles

How To Work Out How Many Tiles You Need

Making the Most of Your Outdoor Space in Autumn

Outdoor Garden Cladding: Styles and How to Install